Hello! I'm Ed Fear, and I'm the director of one of the brand new games in development at Mediatonic—Murder by Numbers!

Murder by Numbers is a campy, fun detective game set in 1990s Hollywood. Honor Mizrahi is an actress in a popular TV detective show—but she finds herself the center     of the story when her boss ends up dead, mere minutes after she's mysteriously fired. Together with SCOUT, an abandoned surveillance robot looking for answers about     his past, they set out to clear her name -- and uncover a conspiracy in the process!

Originally proposed as part of 'Mediatonic Minis', an internal initiative to create smaller, self-published games, Murder by Numbers quickly grew into a whopping project of its own - we estimate a good 10-15 hours of gameplay, and a quite scary number of words. With a tiny core team of three people, we've worked with a variety of contributors both internally and externally - including the incredible character design talents of Hato Moa, the creator of Hatoful Boyfriend, and incredible music by the composer of Phoenix Wright: Ace Attorney, Masakazu Sugimori.

We're really excited to announce the game - we've been dying to get it out there, and we're going to be sharing much more about the development of the game on this blog in the coming months until our launch in Early 2020. Smell ya later! 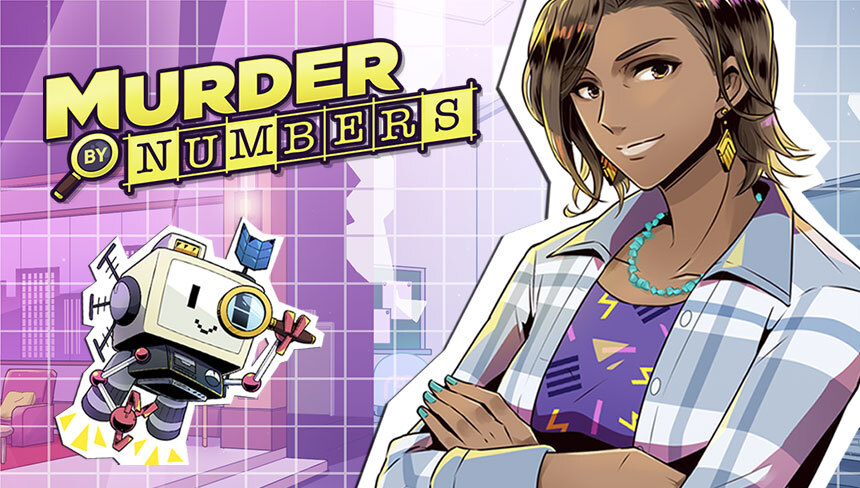