Hello, bean fans. Pop on your party hat and don your finest fall looks because...Fall Guys: Ultimate Knockout is one year old today and we’re bringing treats to the players!

August 4th 2021 marks a year of us sharing stumbling shenanigans with the world and whether you’re a first time tumbler, Blunderdome beta original or returning bean for Season 5—we couldn’t have gotten here without you. Thank you from everyone in Team Fall Guys, it means the world to us

Join us for a dive down memory lane... 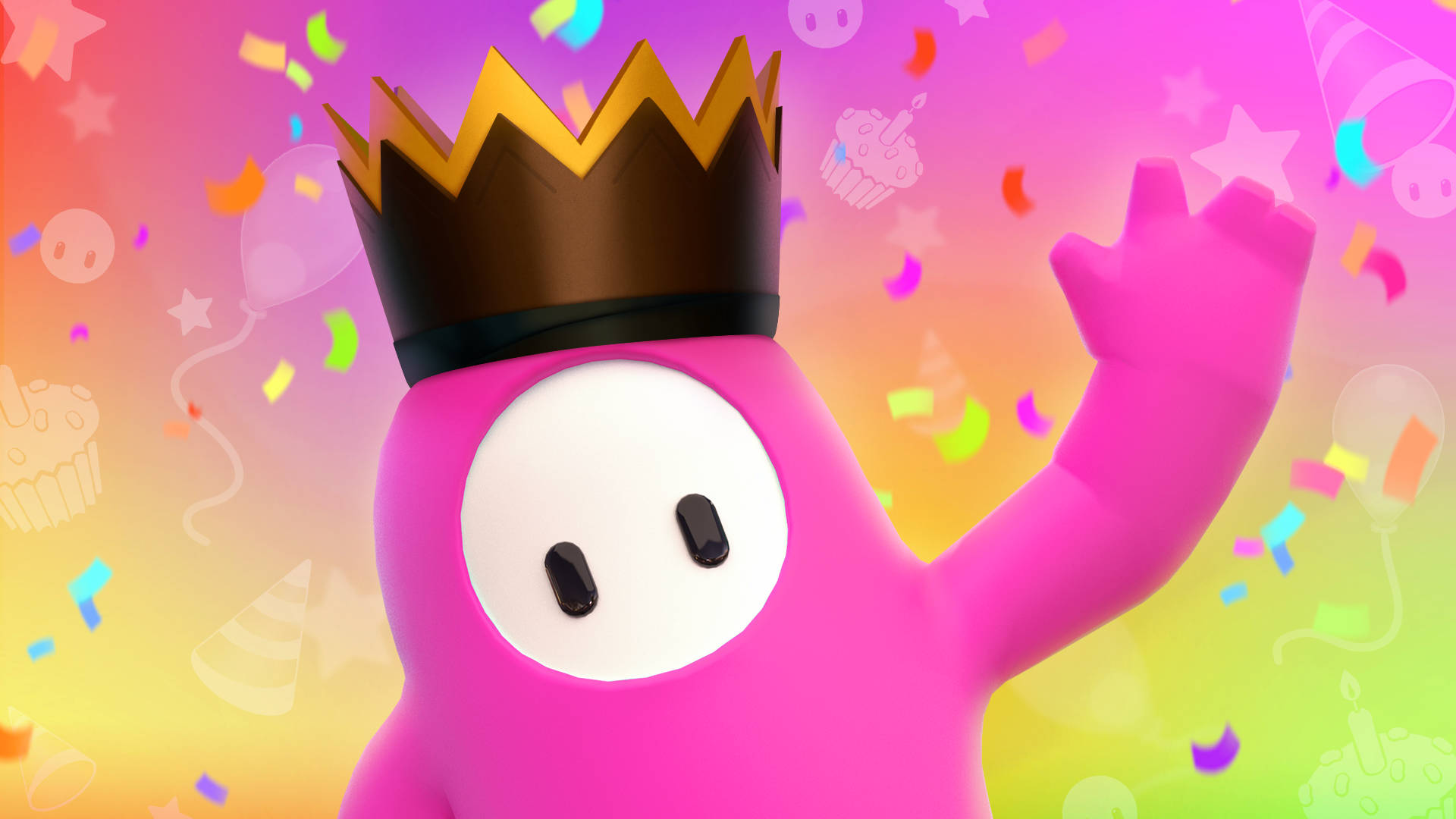 We’ve united in a ridiculous quest for the Crown through five Seasons of stumbling; from winter wonderlands and retro-futuristic moods, to jungle-dome japes by way of Medieval mayhem. There’s been charitable beans and 24 hour streams. We’ve been sleepless at PAX and bopped to Fall Mountain raps.

And ESPN made an actual documentary about TimTheTatman getting a Crown. Yikes. The point is, it’s been a year so dive in and enjoy the bean birthday festivities!

We’re in a celebratory mood, so we’re unleashing DOUBLE CROWNS in-game from 1PM BST! Two times the golden glory for all winning beans, so get to it party people. 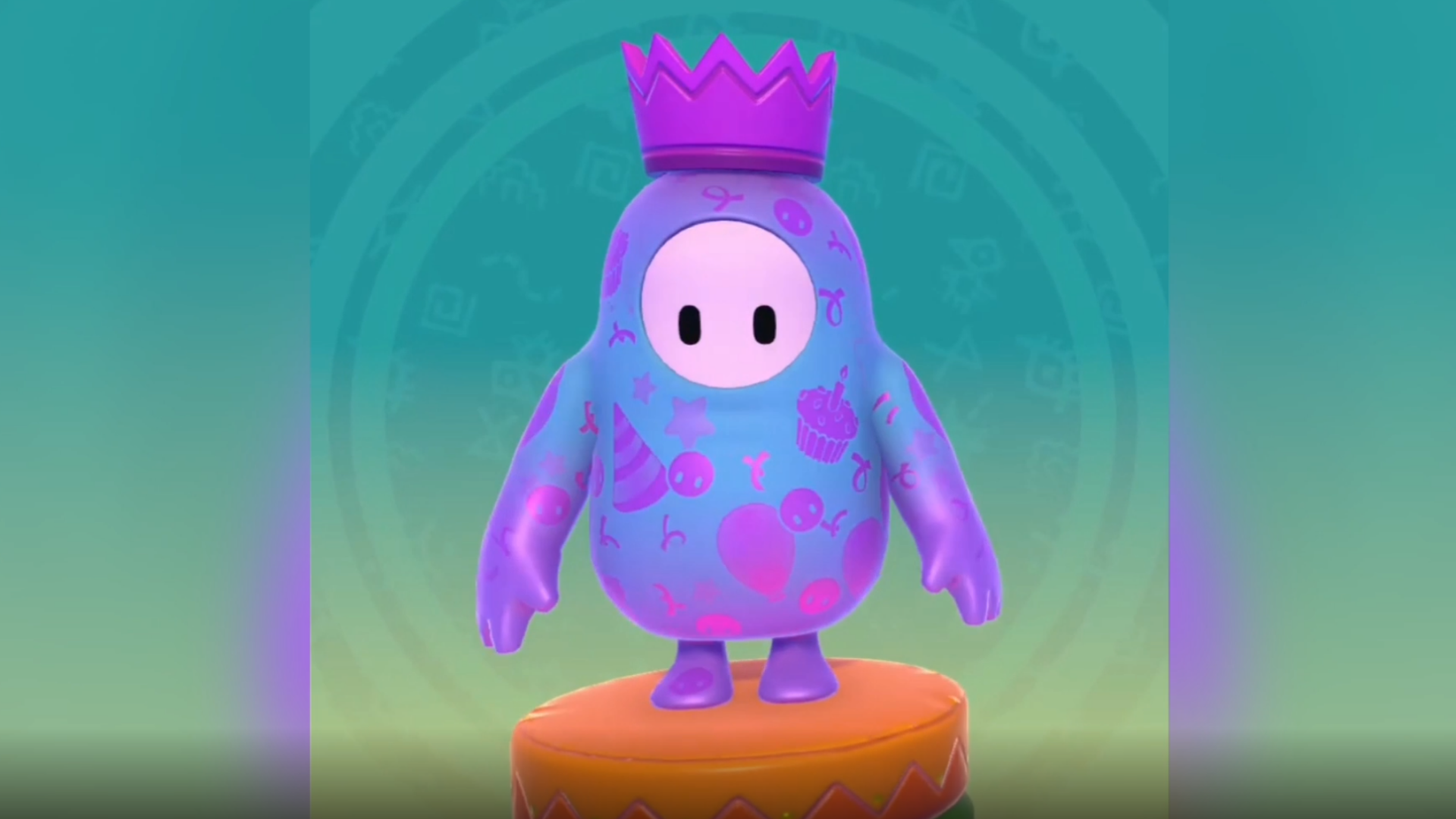 Don’t call it a comeback! We’re kicking off the one year bean-versary with an extra special Anniversary Party Show. Join us right now for some original Fall Guys action with a stacked line-up of classic launch Rounds, including the iconic Jump Showdown, the chaotic Door Dash, the seminal Dizzy Heights and many more beloved launch day levels. Also See Saw.

Plus, head to the store for two celebratory, limited-time treats - grab the Happy Birthday Pattern and Happy Birthday Crown and come party with us in the Blunderdome!Really hope you enjoy sharing the Fall Guys anniversary with us!

And you can join in the party with us on social media using #HappyBeanDay on Twitter, Instagram and TikTok.