Gamescom is the world’s largest gaming event (in 2018 over 370,000 people attended!) and last week Fall Guys: Ultimate Knockout was part of the show. 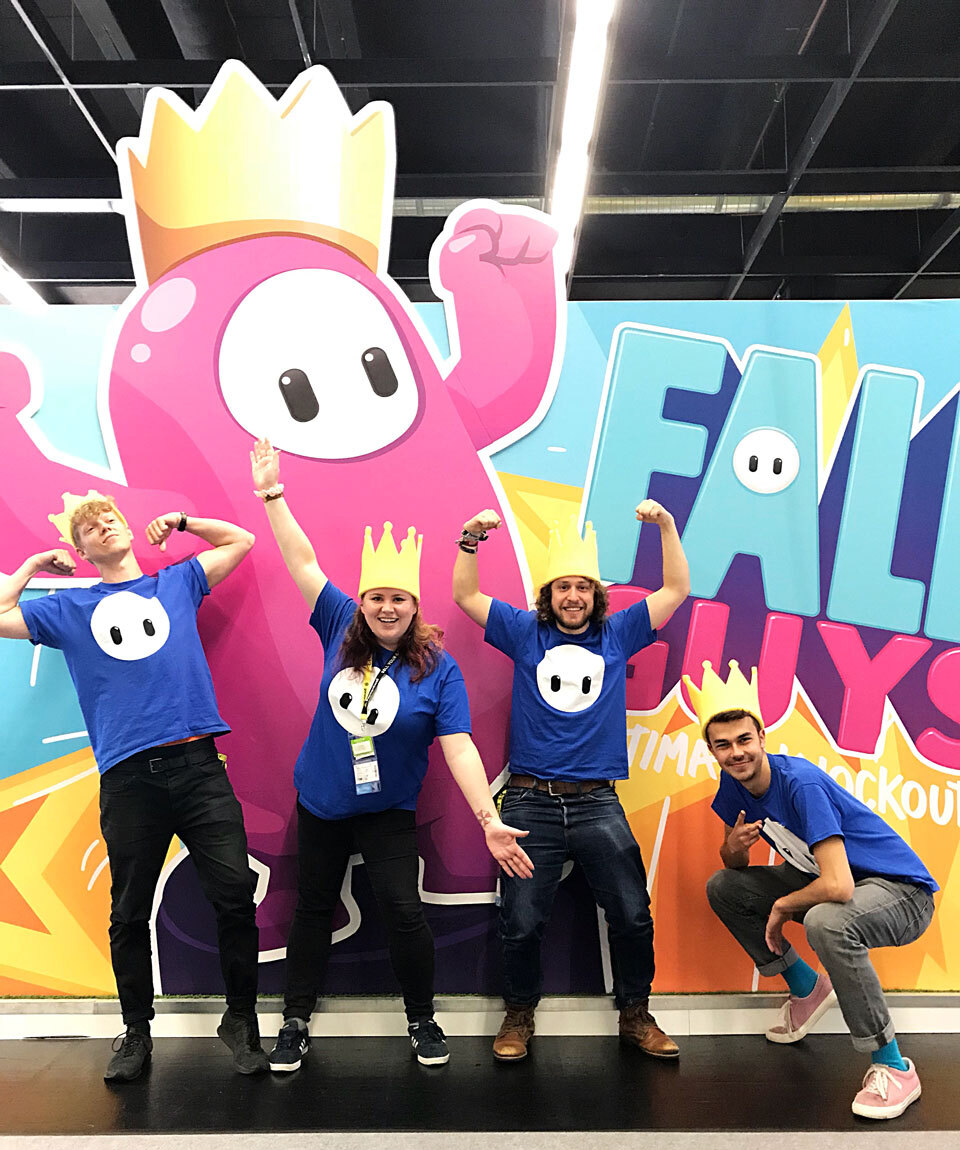 This year we were part of Devolver’s circus-themed booth in the press area, so four of us headed out to show off the game to press, devs and streamers. 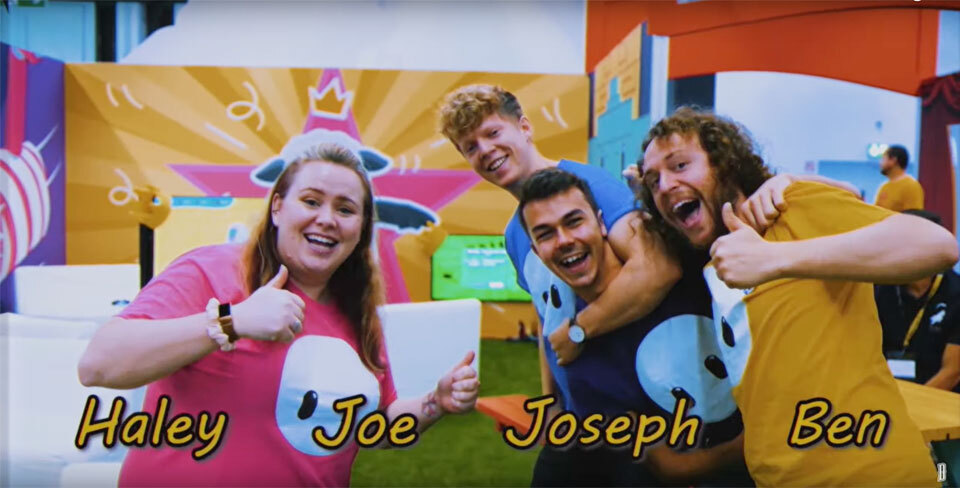 The demo we brought along had three purposely selected rounds for people to play: Door Dash, Tail Tag and Fall Mountain. Our four screens meant that we could have four players playing against each other (plus a bunch of bots we’ve thrown in to add the sense of scale that’ll be present in the full game), which meant general raucous could be heard often from our side of the booth as players shouted in joy or defeat.

We gave each playable character a silly name at the start of each day, and it was hugely entertaining to hear 'Screw you Quackers!' or 'I'm coming for you, Floof!'' shouted across the room to varying degrees of expletive strength. 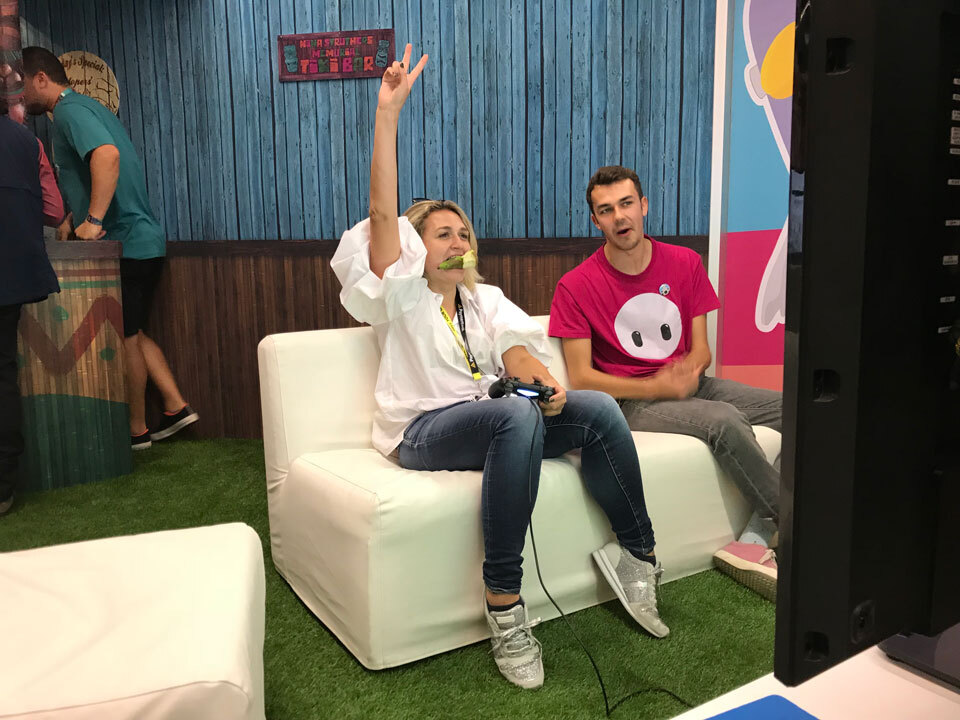 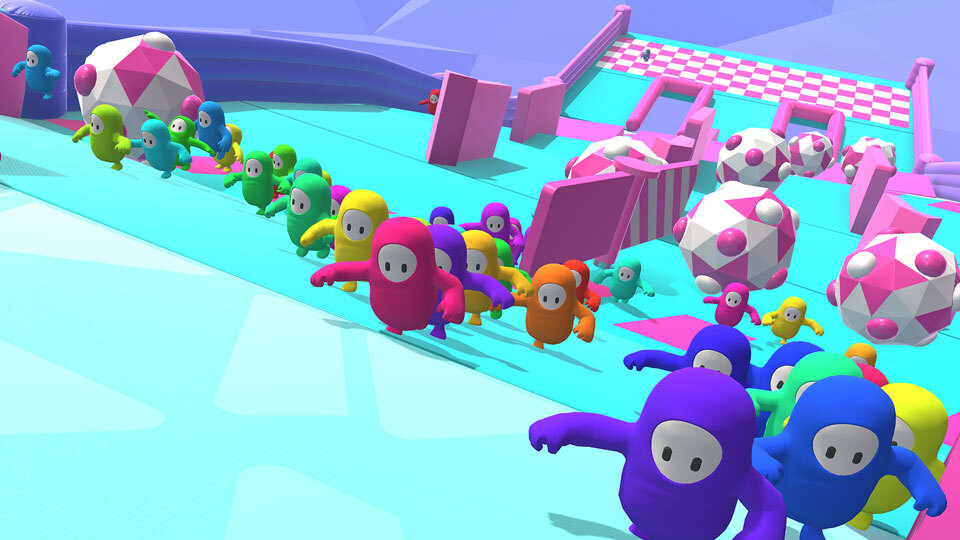 Fall Guys is just such a joy to demo, even at a pre-alpha stage. One of the nicest things is that players just 'get' the game so quickly⁠—there's no giant narrative to explain or complex control scheme to dive into, you just hand them the controller and let them get stuck in. As soon as they see 60 Fall Guys lined up on the start line, it just clicks and they're away!

Besides the sheer enormity of Gamescom, one of the things that surprised us watching new players take on Fall Guys was that players insist on wrestling each other constantly, even when there's no advantage to doing so!

Trying to find the right 'grab' mechanic is something we're focused on in the studio currently, so seeing players use it so much at this early stage is helping us define the situations where we want it to be useful. It seems like generally players don't mind tumbling off of platforms so long as their target comes with them!

When asked what’s something they’ll always remember from this Gamescom trip, our developers had this to say:

I think doing our first live-streamed runthrough with Rocket Beans TV was pretty memorable: the build had one game-ending bug that occurred maybe 1 in 20 playthroughs, so it was a real relief to see it run so smoothly when all eyes were on it. Watching them grab the crown at the end of Fall Mountain was a real "aaaaand breathe" moment for sure!

How kind and accommodating the folks at Devolver Digital are. They made me feel so at home in their incredible booth - even when I spilled coffee all over the displays!

(True story, and thus JJ was banned from drinking near any of the machines)

The way games get people to interact with each other, even if they’ve never met. Each player had the opportunity to play two rounds of the three levels against the same people. In the second round people were fighting to win a glorious (foam) crown. Sometimes people would hang around to play a third round, and if the original winner was overthrown, those original winners would often stand up and do a makeshift ceremony to pass on the crown to the new winner. It was such a nice surprise!

Also the sushi spread that Devolver put on - I’ve never seen (or eaten) so much! 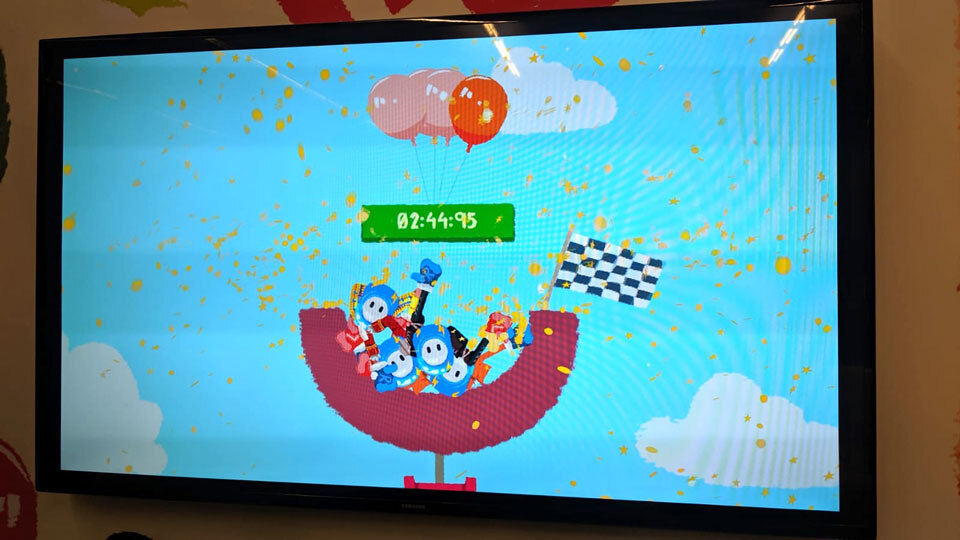 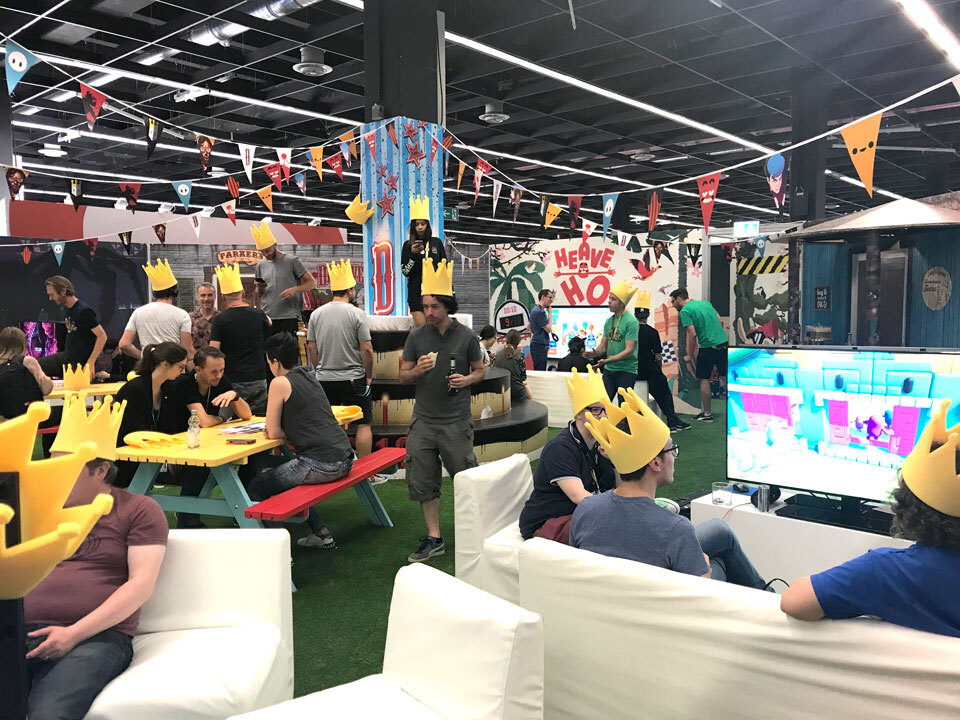 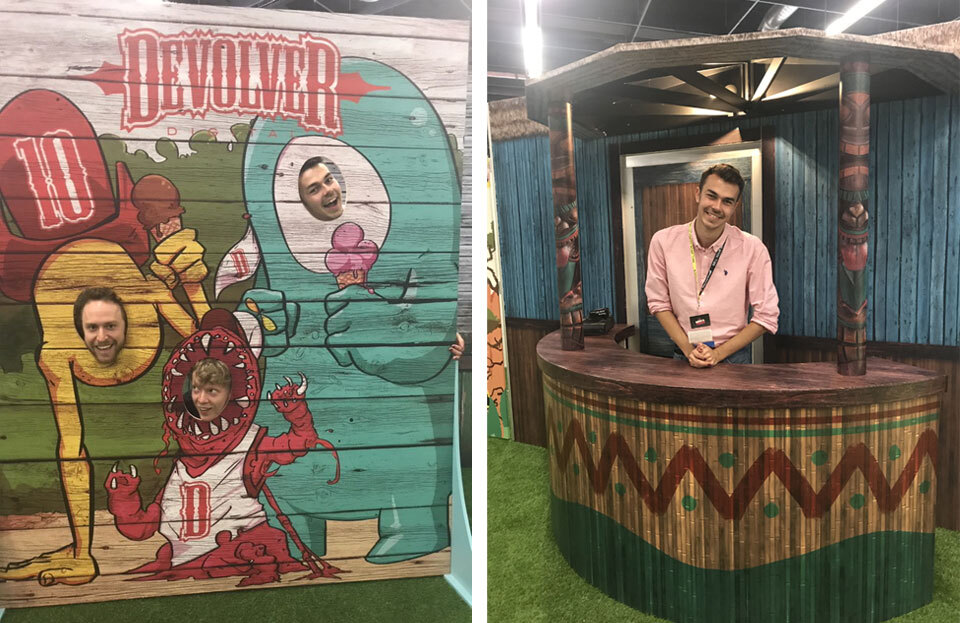 Our developer brethren at Gamescom were Phobia Game Studios with their game Carrion, and Le Cartel, the devs behind Heave-Ho. In downtime towards the end of the day we were lucky enough to play their games too and had a blast, definitely recommend checking them out. Plus they made for great company!

A big thanks again to Devolver for looking after us so well, even if we almost KO’d JJ filming that last scene for the video. Looking forward to the next one! 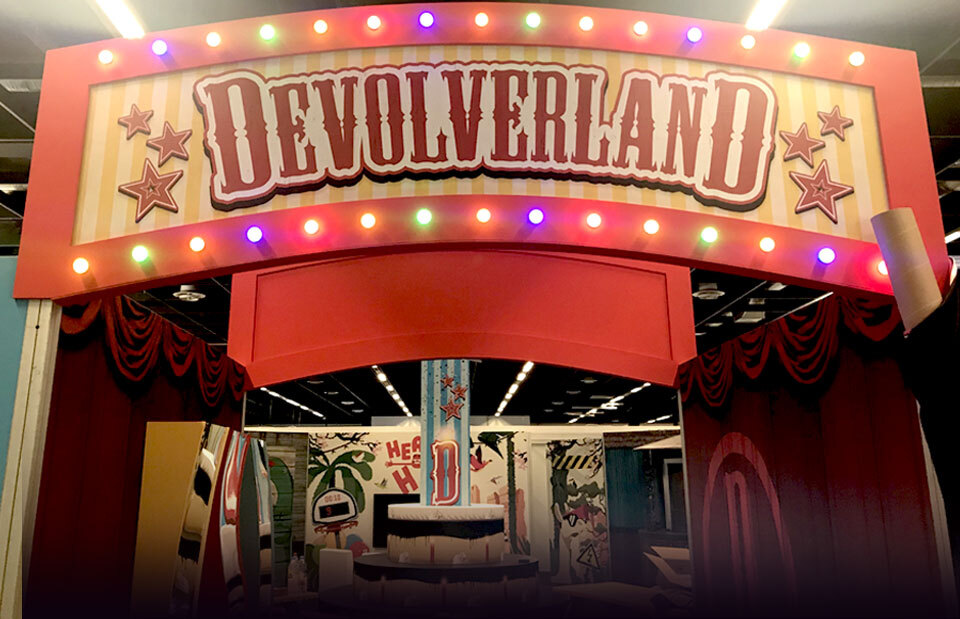