As our little Fall Guys continue to demonstrate absolutely zero chill in their quest to bring jelly bean mayhem to the world, we’re here once again to sift through all the latest happenings. And those happenings have been, frankly, quite wonderful—filling our cold hearts with the warm, pink slime of stumbly happiness.

First up, we are beyond excited to announce the conclusion of our Battle of the Brands charity auction! Last month, in response to a staggering amount of brands seeking to get our Fall Guys suited up in custom costumes, we decided that the best way to satiate their thirst was a bidding war in support of the brilliant Special Effect. Want an on-brand bean? Cool, we said, but how much are you willing to spend..? Absolutely loads, as it turns out.

With the auction nearing its conclusion, we received what can only be described as a collective mega-bid right at the buzzer from ginormous streamers Ninja and MrBeast, backed up by Aim Labs and G2 Esports….$1 million! 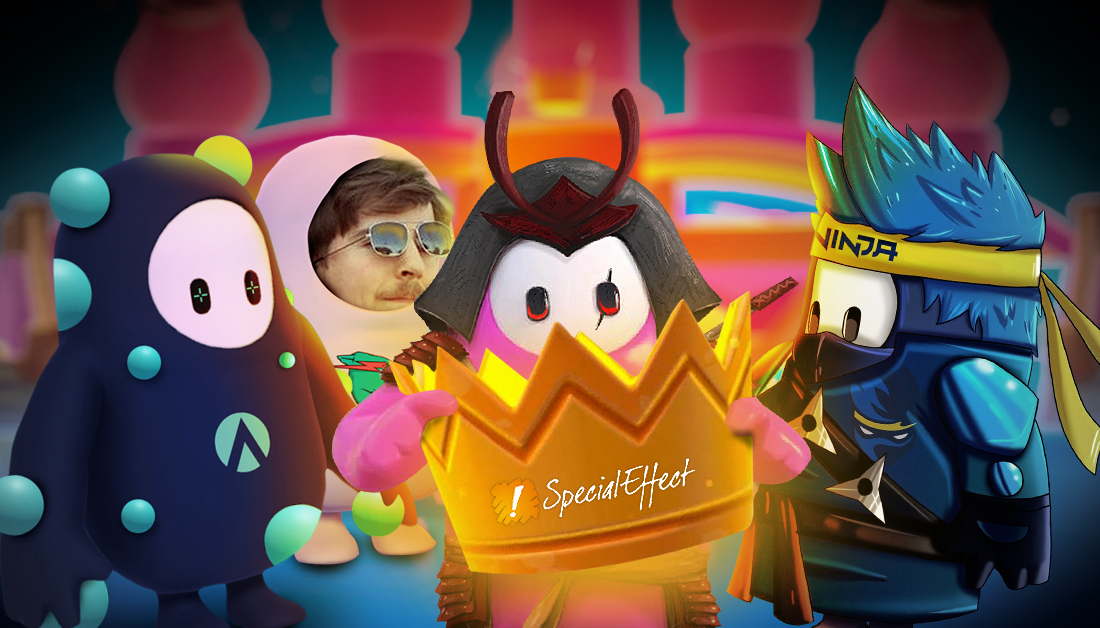 This money will have a tremendous impact in supporting Special Effect’s life-changing work in levelling the playing field for gamers with physical disabilities. And as a huge thank you for their generosity, you can expect to see FOUR new exclusive costumes hitting Fall Guys in the future! We’re in the process of figuring out how to bring their ambitious levels of swag to life and will share all the fashionable glory as soon as we can.

The Fall Guys gatecrashed the all-digital hype train that is Gamescom with an extra special appearance on Opening Night Live! Presented by the one (and only) Geoff Keighley, this was the world’s first ever glimpse of what awaits your intrepid beans in Fall Guys Season 2. We’re getting all medieval this time—expect disarmingly cute dragons, formidable fortresses and the bravest knights of the jelly bean realm as you tumble towards thy inevitable failure. 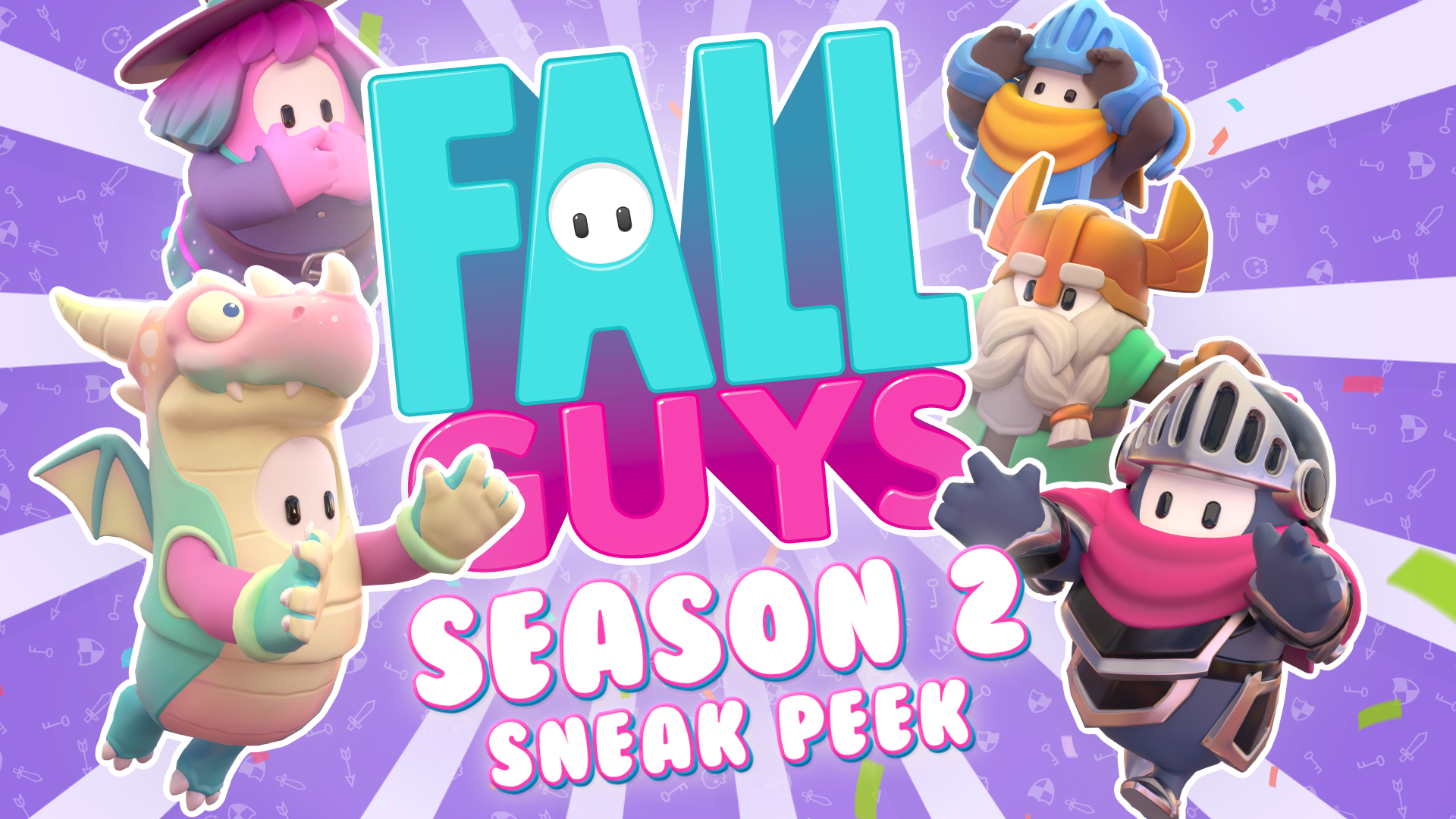 In what we’re taking to be formal acknowledgement that falling over is 100% an esport, Twitch Rivals’ inaugural ‘Fall Guys Fridays’ event popped off with a cacophony of colourful victory and bombastic, hilarious defeat. There were first time crowns and the indomitable spirit of #TheFallenOne on display, before victory (and the bulk of the hefty $50,000 prize pool) was finally snatched by Team Castro1021! 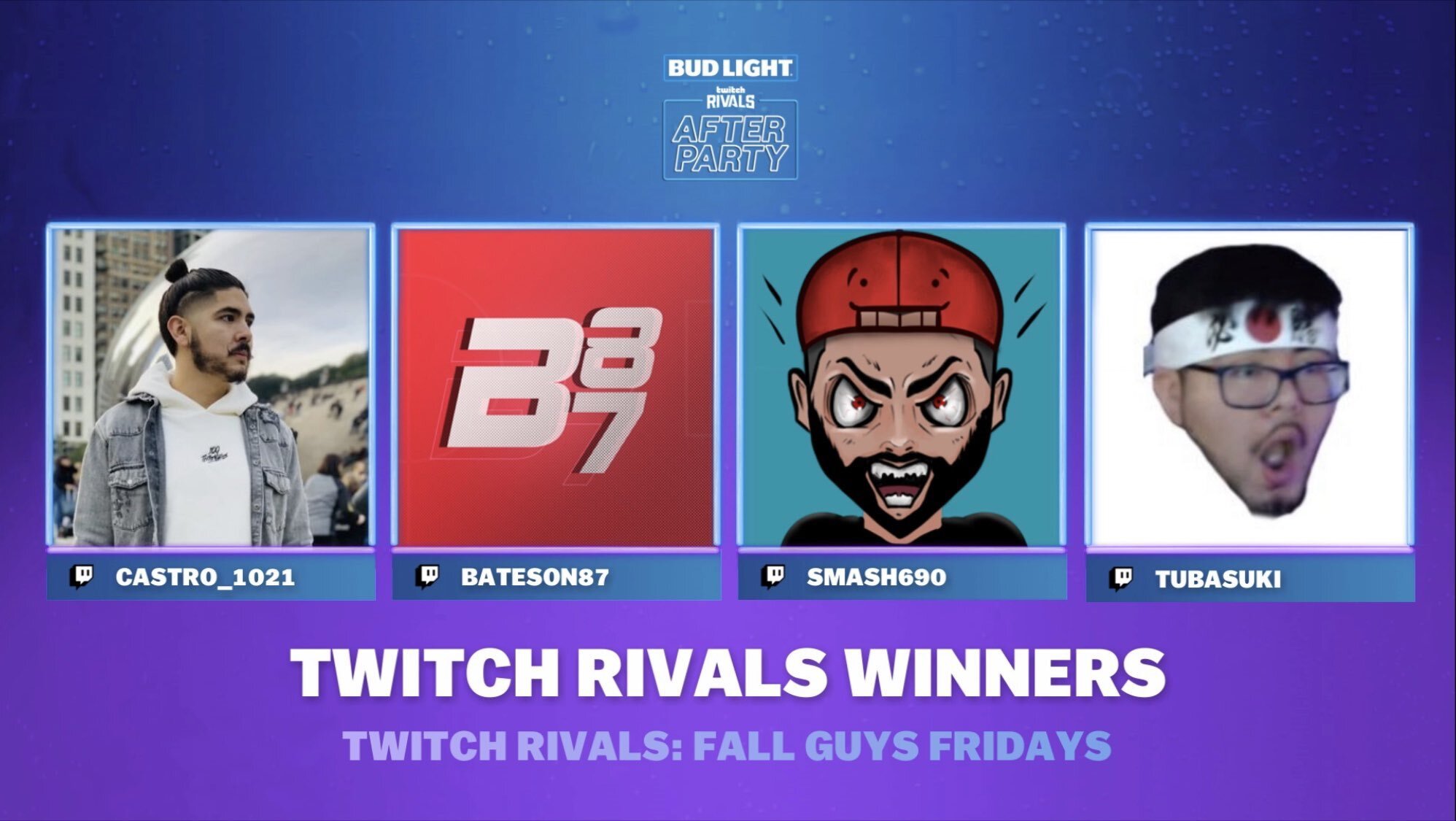 It was so much fun, Twitch are going to do it all over again! 80 streamers battle it out, this Friday, 4th September.

There’s plenty more to come from those pesky Fall Guys, so be sure to follow us on Twitter and join your fellow jelly beans on our official Discord server. And if you’re yet to get involved, you can tumble to your gooey doom right now on Steam and PlayStation.