A refreshing autumnal wind swirls into the Blunderdome! After transporting players into the domain of medieval mayhem for Season 2, we’ve dived back in with a hefty order of Round remixes, oodles of community-inspired improvements and the addition of all-new Round, ‘Big Fans’. Come meet the content that’ll keep things fresh and fun in the lead up to Season 3… 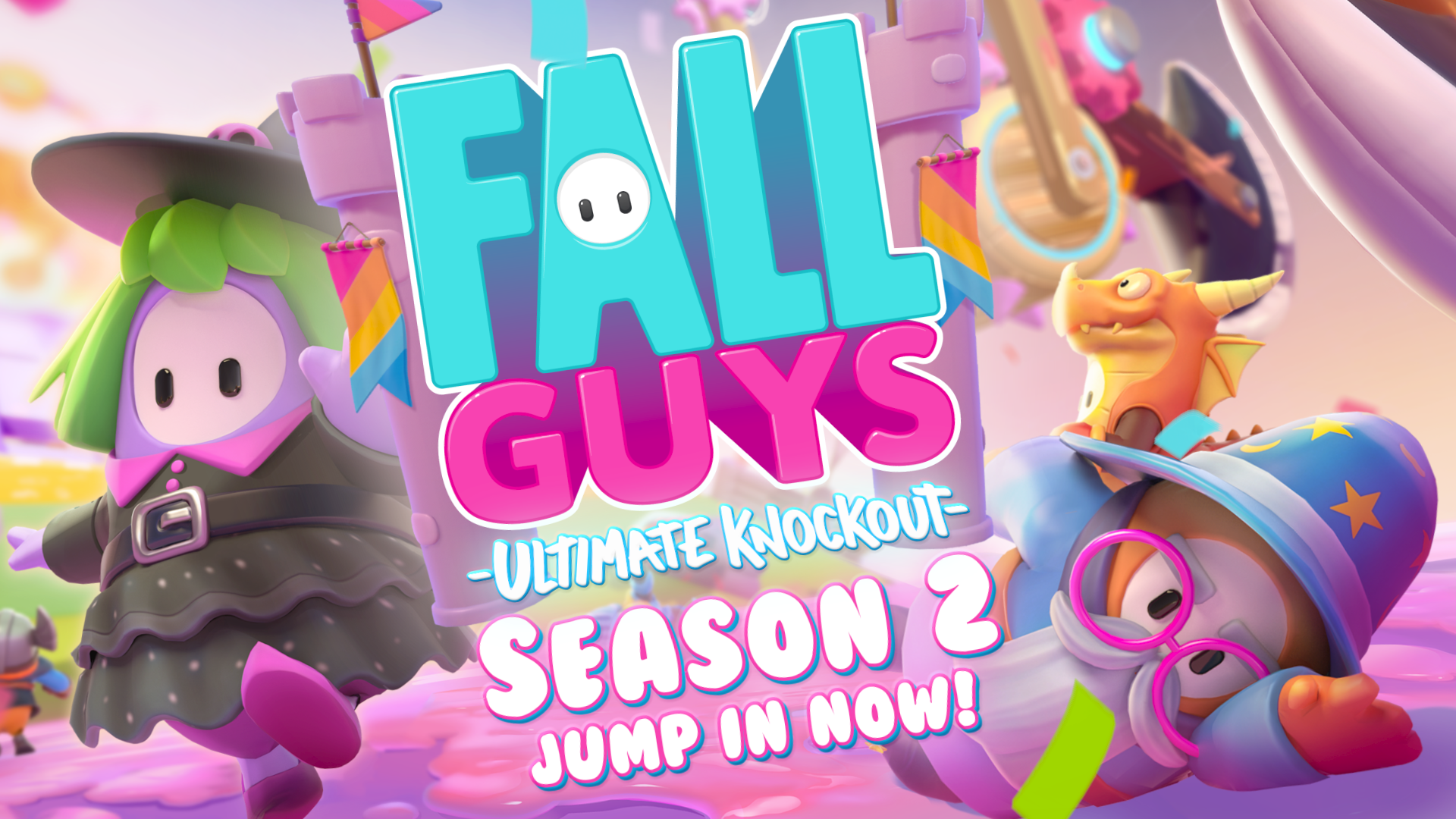 Where to start with the nature of Big Fans? Take the teetering tension of See Saw, but fill it with rapidly rotating blades and an unhealthy amount of opportunities for dive jumps and you’re maybe part way there. This sky-high race leaves little room for manoeuvre, with our scientists declaring an officially unsafe bean per blade ratio, meaning careful jostling is strongly advised. 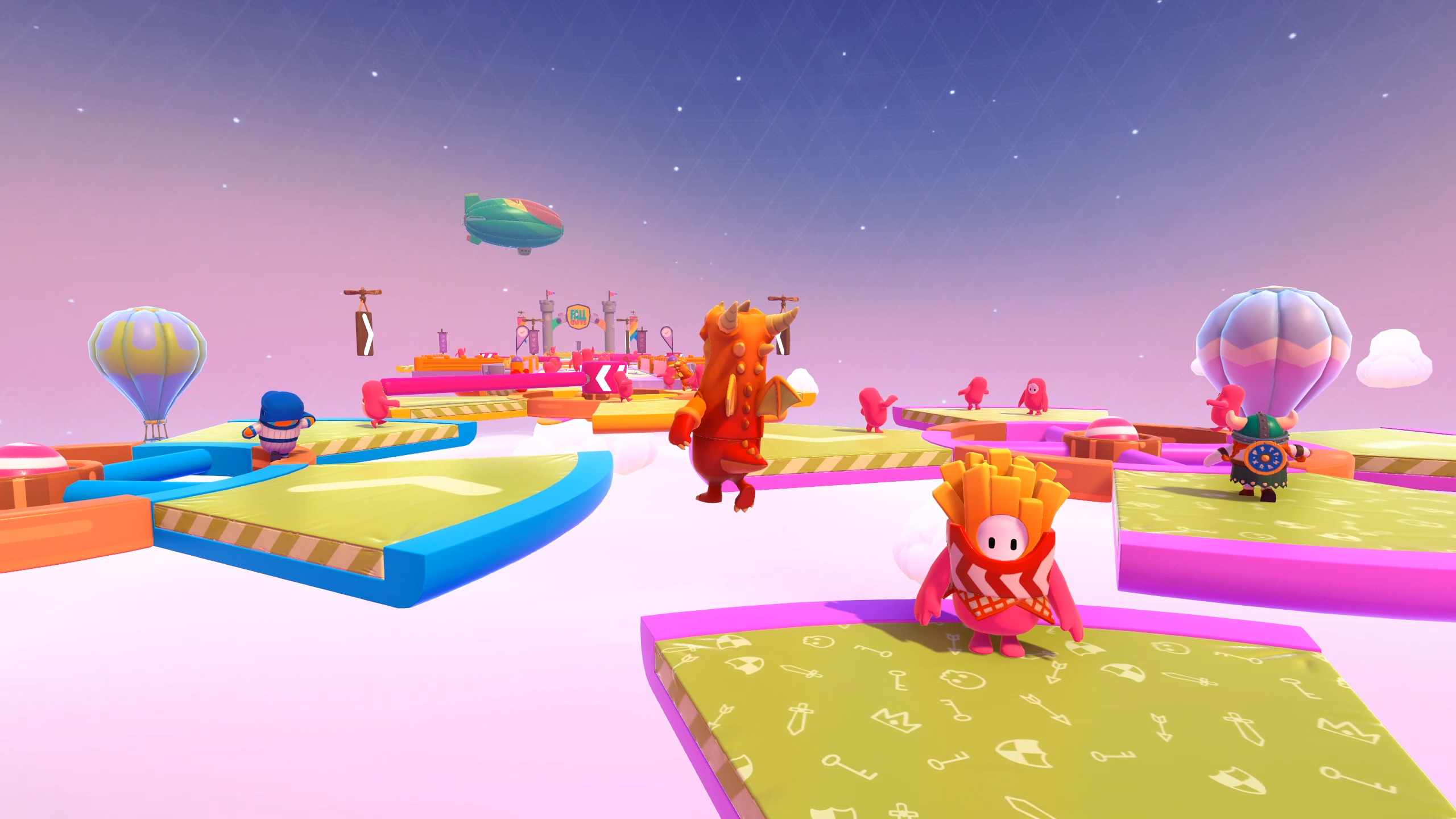 Of course, you’ll find idyllic checkpoints to temporarily save you from slimy humiliation, but taking risks could mean huge rewards (and the honour of an EZ qual…). Slimline platforms link the zooming blades, meaning speedrun opportunities for particularly intrepid players, but with grabs at the opposition’s disposal, it’s going to be a bumpy ride.

We can’t wait to see how you take on Big Fans. It’s huge, new and very, very silly. 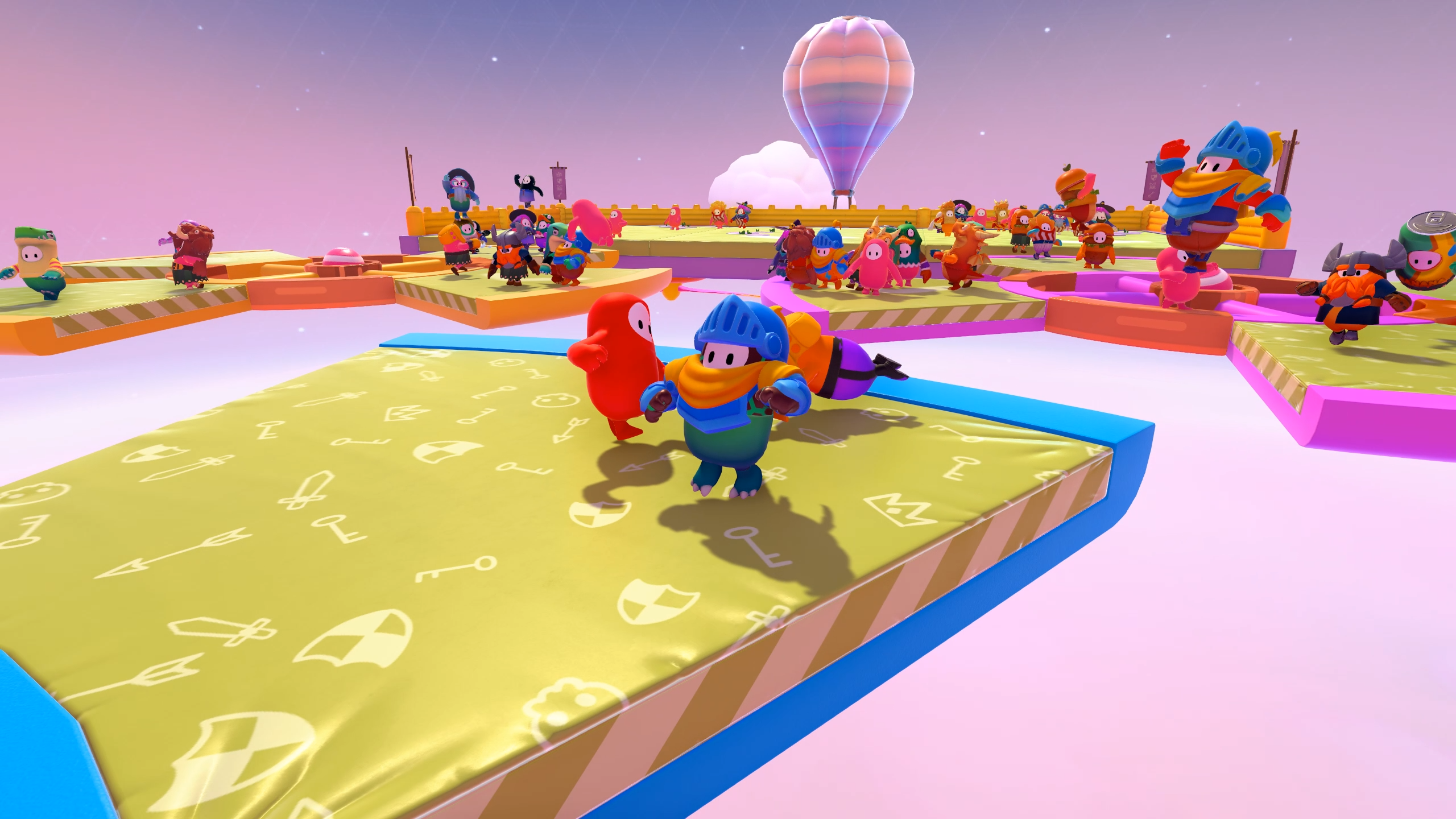 Here comes the remix—our rowdiest Round variations yet!

Equipped with possibly the most absurd arsenal in the history of soft play, our team has decided to lovingly sprinkle obstacles across our Season 2 and classic Rounds alike. In our widest reaching changes ever attempted, levels will now come in a variety of devious flavours with new obstacles popping up by chance to disrupt everything you thought you knew about your favourite Rounds!

Time travelling is very much on the agenda, with medieval obstacles rocking up in the classics, including egregious use of spiky roller ‘Thicc Bonkus’ and swinging scythes to send you to the slime.

In our quest to produce the smoothest stumbles possible, we’ve been listening to the fine folks of the Fall Guys community and have put together hot fixes and new features to address some of our most popular requests. These include…

There’s plenty more changes that you can read about in our Full Patch Notes, with loads more to come as we stumble towards Season 3. Plus, you can check out our recently launched Fall Guys Public Issue Tracker to see our current list of reported issues, what we’re working on and which fixes are going to drop next. Cool!

Before we go, it would be remiss of us not to touch on rumours of a mischievous pint-sized hammer roaming the Blunderdome. Answering only to ‘Lil Yeety’, it’s been cropping up in the wildest of places, bringing chaos at every turn...

If you have any information on the whereabouts of ‘Lil Yeety’, or just wish to indulge in some spicy tweets, we urge you to contact us via Fall Guys Twitter. You can also chat, feedback and generally just have a nice time with the community on our official Discord server. Plus, you can now access new and exclusive bean content on our all-new Instagram and TikTok channels!