Hello..? It's your Fall Guys team here, emerging happy and disorientated from a collectively mind-blowing first week! It’s no understatement to say that we’re absolutely giddy from the overwhelming community response to our launch on PlayStation 4 and Steam. So much so that we’ve had to dive straight into the jelly bean data mine just to make sense of it all and have returned, covered in slime, with some frankly staggering numbers. 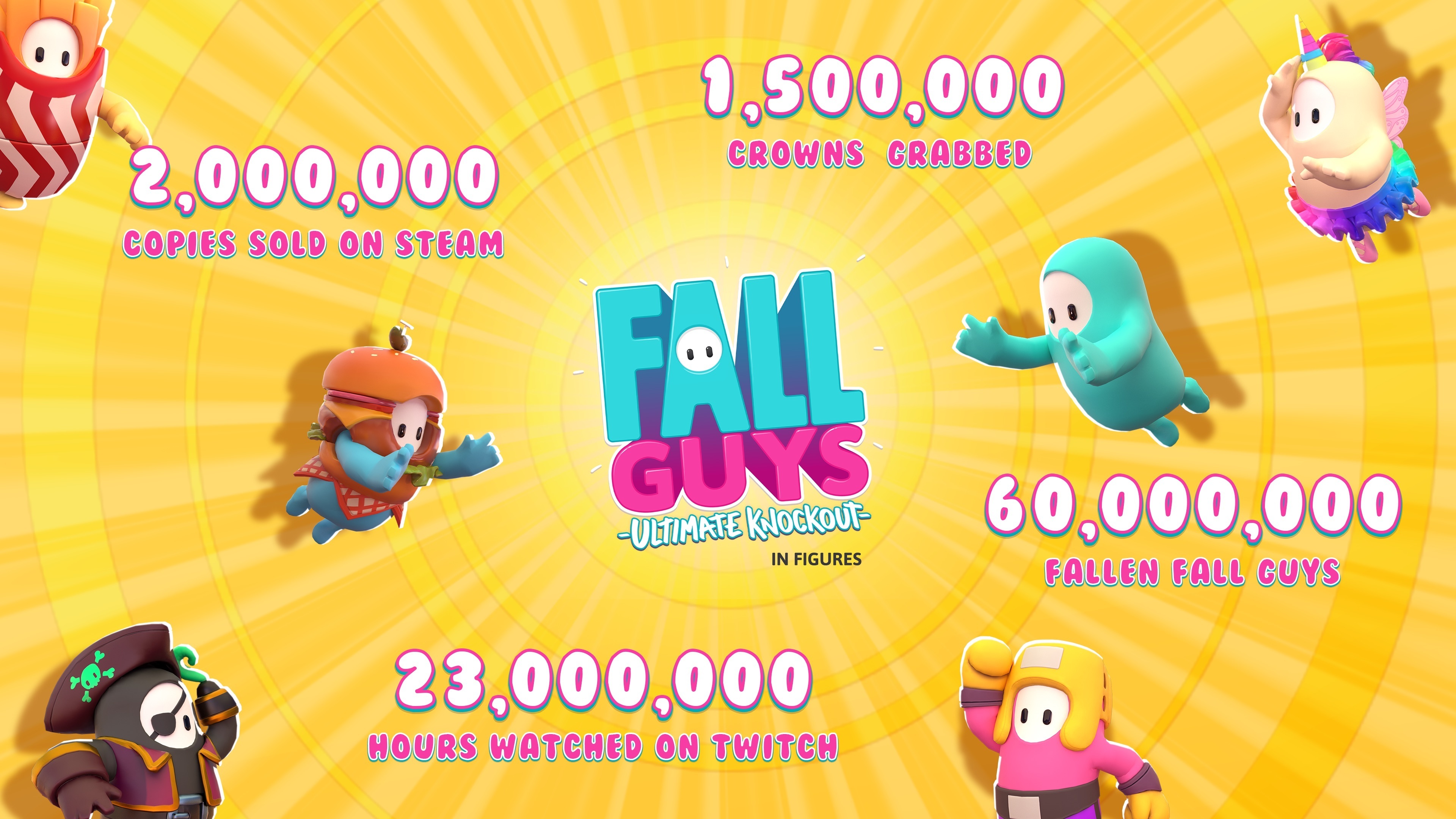 Just. Look. At. Them. Two million copies in the digital Steam paws of jelly bean enthusiasts worldwide. 1.5 million crowns seized in the service of the bumble royale (and yet...I have just one?). 23 million hours of spicy stumbling, hungrily consumed by Twitch viewers.

But of course, it cannot all be rosy. Let us just take a quiet moment to remember the 60 million Fall Guys who plummeted embarrassingly into the slimy depths in the service of our joy and entertainment. Done? Done.

Back in the positives, The Fall Guys have received an avalanche of blush-inducing positivity from the press in recent days, including IGN, The Guardian, Wired and Esquire. And a special mention for our pals at Eurogamer:

"If this game was a building it would be on the edge of an industrial estate and they would give you grippy socks before you went in. And even then it would still smell of feet. None of this is a criticism." - Eurogamer

That one’s going on the wall.

But let’s temporarily wind-in our gooey gloating. What's next for Fall Guys, you ask?

Good question, we'll happily take it. Looking to the future, we’ve already got loads and loads of ridiculous content and updates lined-up to keep your Fall Guys experience fresh and fashionable. There will be fiendishly fun new levels, stylish and silly new costumes, and completely new features coming soon as we continue to evolve the Fall Guys experience and take in feedback from our incredible community. You can read the latest on what to expect over on our Steam blog!

Phew. If you’ve not stumbled in for yourself just yet, Fall Guys is out now on PlayStation 4 and PC via Steam. Remember, PS Plus subscribers can jump in for FREE throughout August. And for all the latest community happenings, jostle over to fallguys.com, join our (rapidly exploding) Discord and follow @FallGuysGame - and prepare for your inevitable failure in front of the whole world!