Greetings, Users. The Blunderdome is positively humming with electric anticipation as an elite detachment of TRON’s iconic characters light-cycle their way into Fall Guys: Ultimate Knockout!

In suspiciously perfect timing for Season 4’s neon-drenched mood, we’ve teamed up with Disney to bring you four of sci-fi’s most revered figures in jelly bean form, with a costume set brimming with glowing circuitry and futuristic flourishes. 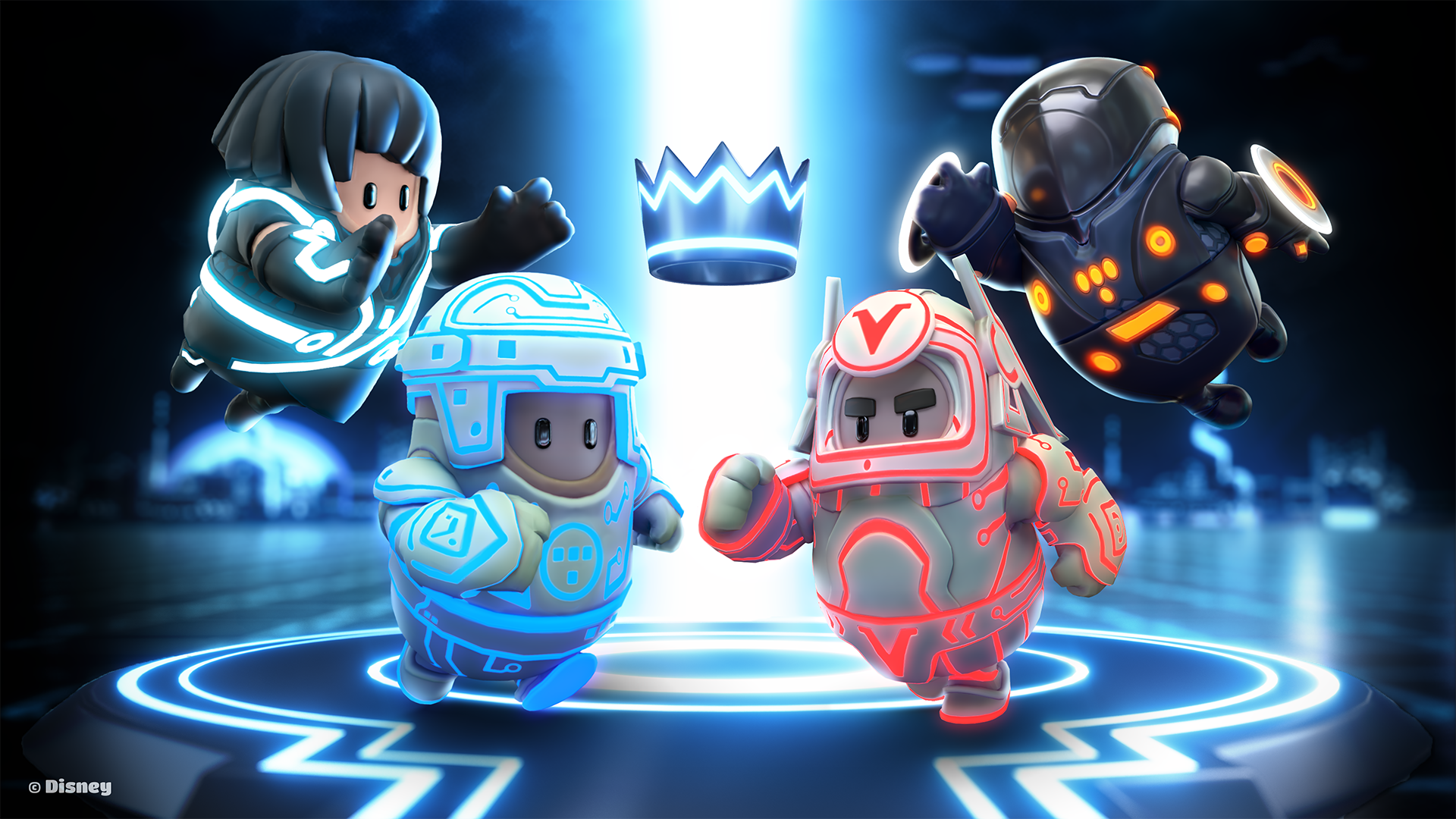 Tron, Rinzler and Quorra costumes combine forces in an exclusive TRON Costume Pack, available to grab right now from the PlayStation Store and Steam. Meanwhile, notorious disc-battler Sark has rezzed into the Fall Guys store, with a 22,000 Kudos bounty in exchange for giving your wardrobe a Game Grid makeover. Dive in now and journey into the mainframe!